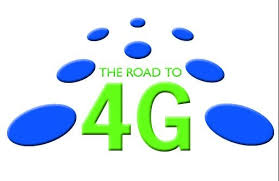 DSO AND 4G SPECTRUM IN SOUTH AFRICA – Culled from MyBroadband

The migration to digital terrestrial television is about far more than TV broadcasting, the fight over encryption, conditional access, and which standard to use.

Underneath this is an issue, which affects every South African, as the migration impacts all of our mobile network operators.

It is called the digital dividend.

The spectrum used by cellular networks in SA is governed by licenses, which are issued by industry regulator ICASA. These licenses help prevent operators from interfering with one another’s signals.

Television signals that you receive with a roof antenna or “bunny ears” work on the same principle – and right now, TV stations in South Africa are sitting on a significant chunk of prime spectrum.

Telkom has no 900MHz spectrum, but has spectrum in the 2,300MHz band. Rain and Neotel also have spectrum in other IMT bands.

TV broadcasters currently use frequencies in the VHF and UHF bands. Of particular interest are the frequencies used between 400MHz and 800MHz.

One of the benefits of migrating from analogue to digital TV is that spectrum used by television broadcasting will be freed (the digital dividend).

As the first phase, frequencies in the 800MHz band have been earmarked for LTE and 4G networks. The relatively low-frequency spectrum, compared to other IMT bands, is ideal for covering large areas, such as rural regions.

Lower frequency signals reach further and offer better indoor penetration. However, a single cell can only support a certain number of subscribers, so smaller, high-frequency cells complement the larger coverage zones in cities and towns.

No digital migration, no spectrum

ICASA has been trying to assign high-demand spectrum since 2006, but technical problems with its invitations to apply and political interference have delayed the process.

One of the recent hurdles, introduced by Minister of Telecommunications and Postal Services Siyabonga Cwele in his National ICT Policy White Paper, has been overcome.

Cwele had said the government will withhold new spectrum for a national wireless open access network (WOAN), and will take away the existing spectrum licenses of companies like Vodacom, MTN, and Telkom.

Following discussions with the industry, a compromise was reached. Operators were guaranteed their spectrum licenses until at least 2028, and not all the currently unassigned IMT spectrum would be allocated to the WOAN.

However, the path is still not open to assign spectrum.

The government has decided that until the digital migration is finalised and there is certainty about when the digital dividend will become available, no IMT spectrum will be assigned.

Minister of Communications Ayanda Dlodlo said they plan to finish the migration by 2018.

However, she has backtracked on former Minister of Communications Faith Muthambi’s decision to exclude encryption on set-top boxes (STBs) subsidised by the government for poor households.

Dlodlo said she would implement ANC policy and ensure the set-top boxes for these households includes encryption technology.

Her announcement came just before the Constitutional Court handed Muthambi a victory against e.tv, stating that she was within her mandate to specify that the STBs should not include encryption.

This means Dlodlo has a fight ahead of her. MultiChoice is unlikely to be happy with the turn of events, along with the manufacturers who produced STBs under contract for Muthambi.

Reports suggest there are warehouses full of STBs which Dlodlo refuses to distribute. It is expected these companies will want to be compensated for their losses.

With a new battle looming, it does not seem likely that the digital migration will be finished in 2018 – seven years later than it was scheduled to.

It is sad to see such an opportunity squandered. Just like we missed out on the benefits and competition WiMAX may have offered from 2006 until the widespread adoption of LTE, so South Africans are missing out on the full benefits of 4G technology.

Standards for 5G are expected to be finalised by 2020 and at this rate, it does not look certain that the necessary spectrum will be released in time.

*This is an opinion piece by Jan Vermeulen is a technology journalist with a consumer technology beat, as well as reporting on the developments in South African broadband and entertainment technology.