A reporter with the Nigerian Television Authority (NTA), Benin Centre, Lawrence Okojie, has been shot dead by unknown gunmen while returning home from work. 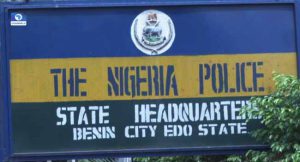 The circumstances surrounding the death of the reporter are sketchy but the state Police Public Relations Officer DSP Moses Ikombe confirmed the death of Okojie and disclosed that one person has been arrested in connection with the killing.

Okojie’s death brings to five the number of journalists killed in Edo State in the last six years.

In a statement by the Chairman of the State Council of the Nigerian Union of Journalists (NUJ), Roland Osakwe recalled that just a few months ago, unknown gunmen in Bayelsa State gunned down a journalist urged the police to ensure that Okojie’s killers are brought to book.

Meanwhile, staff members at the NTA Centre Benin gathered in clusters discussing the tragedy that befell one of their colleagues.