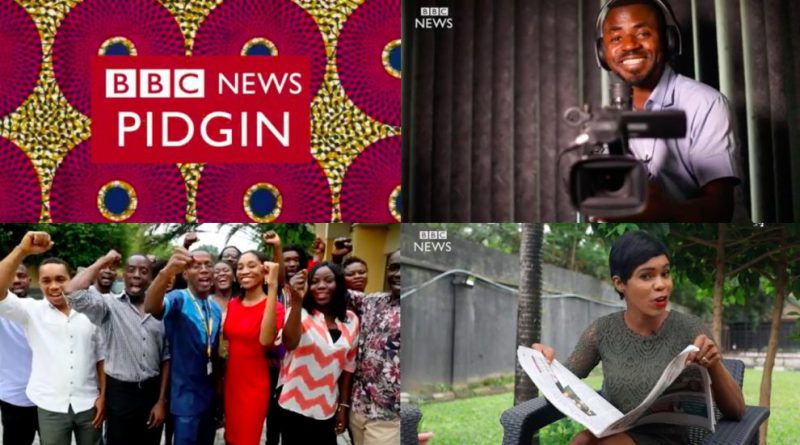 A new Pidgin language service for West and Central Africa has been launched by the BBC.

The Pidgin language service which has been in the making for over one year has finally made its debut, giving recognition to the unofficially and most widely-spoken languages across the region.

The launch is part of a bigger expansion programme by the BBC arising from a budgetary boost it received last year and is expected to lead to 10 more new services in Africa and Asia.

Under the new expansion drive, BBC intends to generate more mobile and video content including more than 30 new TV programmes for partner broadcasters in sub-Saharan Africa.

The production hub for the service is in Nigeria, where it is estimated more than half the population speak Pidgin as the unofficial lingua franca, with reporters and stringers filing in from Ghana and Cameroon

Pidgin language broadcasting is not new to Nigeria where having been used sparingly as the language of broadcast since 1939 when local broadcasting began.

It was however not until Nigeria launched into FM radio broadcasting in the late 1970s with NBC-2, that Pidgin began to feature a little more prominently as a broadcast language.

Later in the mid-1980s, the rechristened public broadcaster FRCN set up its own languages station NBC-3, later became Bond FM. It featured the three major Nigerian languages, Hausa, Igbo, Yoruba with Pidgin English as the main driver. But it was not until 2008 that an exclusively Pidgin Language radio station Wazobia FM owned by private broadcaster Steam Broadcasting came on stream.

According to a BBC release, Pidgin Language Service will provide a mix of local, regional and international news current affairs and analysis – bringing the world to the region and vice-versa.

In addition, there will be “extensive coverage of culture, entertainment, entrepreneurship, science and technology, health and sport – including the English Premier League”.