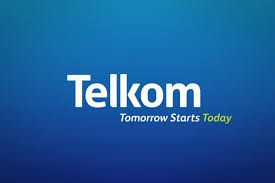 Telkom has taken the wraps of LIT, offering consumers zero-rated access to a large range of popular video and audio streaming services, including Netflix and Showmax.

The new service, available to Telkom FreeMe mobile customers, provides unlimited streaming of on-demand movies, series and music. The video is presented in standard definition at a resolution of 360p, though consumers will be able to watch in HD (and consume data) by disabling zero-rating through a USSD menu option.

LIT Video and LIT Music will provide zero-rated video and music streaming to selected content partners for its FreeMe 2GB (audio) and 5GB (video) customers, and those on larger FreeMe data packages, from 1 September.

Telkom has also announced it will launch LIT TV, offering unlimited ADSL, fibre and LTE SmartBroadband customers through a Telkom LIT TVC 100 media box, which allows customers to turn their TV into a smart TV, with pre-loaded content channels from its content providers. LIT TV will be launched later in September, alongside Telkom’s planned summer marketing campaign. 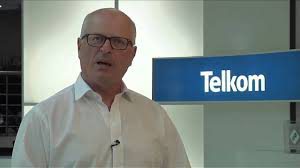 “When customers stream content from these sites, it will not be deducted from their FreeMe data bundles,” Vitai said. “This is aimed at really transforming the way South Africans consume digital entertainment.”

Although subscription costs for content providers are not included, they can be deducted from customers’ Telkom accounts through its reverse carrier billing option with some providers, the company said.

“We are excited to be offering free YouTube streaming, particularly as this is a free content platform. The popularity of YouTube is unparalleled — we believe that this offer, as well as our zero-rated music streaming offer, will be a huge drawcard for new customers,” said Vitai.

“Customers can choose exactly what they want to watch both from our subscription-based partners as well as a host of free content options from the Google Play store, allowing them to design a personalised entertainment hub,” Telkom said.

The box supports Chromecast, allowing consumers to cast music and video from their Android- or iOS-based phones and tablets.

The media box is Google certified and approved by communications regulator Icasa.

Customers can search for a particular topic and the box has built-in “intelligence” to aggregate content from all the content channels related to the search topic.

Vitai said the launch of the LIT services forms only the first step in Telkom’s content offering. “We already have more content partners in the pipeline and our ambitions in this space extend beyond today’s announcement.”