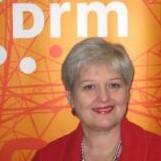 Why are they so attached to FM?

LONDON — For many commercial stations, the dollar sign still shines brightly on the radio screen. Radio advertising revenue is continuing to grow in the United States, United Kingdom and many parts of the world.

In the U.S., radio is the third most powerful medium reaching over half the population daily. The advertising revenue for the country’s more than 10,000 AM and FM commercial stations was a staggering $14.71 billion in 2015. A good chunk, but still under a billion was delivered by online advertising linked to the radio output.

Even in India, where there are under 300 commercial FM stations, with just another 400 run by the public broadcaster, the projection is a 10 percent increase in advertising revenue this year compared with 2016. Radio, our good, local, intimate friend, at home or in the car is ubiquitous.

Advertisers like the medium’s simplicity, the fact that they can target their messages locally. Its well-crafted words and jingles establish a clear personal connection that works. Radio does not depend on the internet or even electricity. In the 1970s FM was a revelation and, in many countries (including the U.S.), together with medium wave, FM was and is doing very well, still.

However, FM is spectrum and energy hungry. There is this idea that, once you have invested in the infrastructure, you are broadcasting a decent program and you have lined up some advertisers with deep pockets, you are “made.” After all, you are selling air or airtime, a very nice and cheap commodity and the business model is simple and well tested.In parallel, in the last 10 to 15 years, the inventors and promoters of digital radio have tried to introduce a better, digital version of radio with energy and spectrum savings and more services and advantages. In Europe, 25 years ago, public broadcasters carried the baton. DAB/DAB+ was promoted and introduced by big players such as the BBC and, more recently, in Norway by NRK.

For them, digital is very effective, especially for national coverage. In the U.S., the regulator (i.e. FCC) mandated a U.S.-invented and owned digital solution that has been embraced with varying degrees of enthusiasm by the FM and AM stations. Digital Radio Mondiale (DRM), the latest digital radio standard, was first devised as a clear-sound, multi service replacement for AM.

DRM for medium wave and shortwave is being rolled out in India, where its signal already reaches 600 million people. Six years ago, a second DRM mode that works for all VHF bands was introduced. It has been tested thoroughly on all continents (currently in South Africa). Pakistan is introducing it, but the driver is again the public broadcaster. 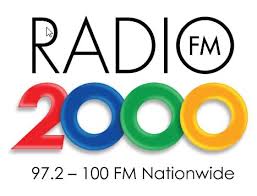 The commercial radio sector, however, has been less enthusiastic about being involved in the digital journey. Why is this? Because FM works for them. In some parts of the world, like Africa and India, FM is still the new kid on the block.

Not all the features of digital radio are known or appreciated. Digital radio requires knowledge, a new business model, investment, effort, passion and new affordable receivers. Commercial players focused on “the here and now,” know that their main requirement is to deliver increased revenue and maintain their advertising share in a crowded market with few spaces for newcomers.

The 100-KHz bandwidth delivers two to three audio channels and one data channel in DRM for local coverage on VHF, instead of the current single FM program. When compared to FM, this results in less spectrum usage, a lower electricity bill, the same or better coverage, more channels for more content and advertising slots, as well as capacity, to sublet to newcomers and increase revenue.

Commercial operators are cautious and watching all experiments very carefully. They will not invest in new technologies unless the benefits are clear. Often, they expect the government, or other broadcasters, to offer incentives in the form of money and licensing advantages, doubled by a clean digital switchover decisions.

In this equation, only the listeners are the unknown and unpredictable element. They do not care if a big multiplex is expensive or that radio can save spectrum. They simply want their audio wherever they are and whenever they are not using other platforms.

And while radio advertising revenue might be holding up, listening time on analog is gradually decreasing. Between 2013 and 2107 radio listening in the U.K. has dropped approximately 10 percent. Research shows that a successful commercial station that stands still for up to five years is doomed.

Change might mean new formats, new presenters, new streaming and online “bells and whistles” but also new technology and investment in digital broadcasting. Digital is not the enemy but an acquaintance ready to turn into a friend and ally.

Fortunately, some commercial broadcasters have applied this strategy. The latest official figures in the U.K. show that — thanks to digital — for the first time in nearly a century of radio broadcasting, commercial radio has overtaken the BBC. As we say in DRM, digital delivers!

*CULLED FROM RADIO WORLD. The author Ruxandra Obreja, has been the DRM Chairman since 2008 being last re-elected in April 2016.Previously she was the Controller of Business Development for the BBC World Service focusing on building special relationships with the business communities around the globe.