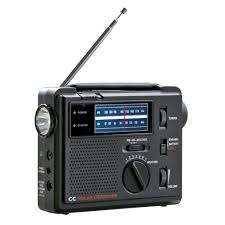 The “Paradigm Shift” study reported that 2016 marked a tipping point for the music industry, with streaming accounting for 51 percent of all U.S. music industry revenue. NAB retorts that the report of radio’s demise is (again) greatly exaggerated

A report from one music industry observer paints a tough picture for radio; but NAB, the U.S. broadcast industry’s biggest association, replies saying the gloom-and-doom pronouncements are little more than “silly” conjecture.

The author is Larry Miller, a consultant who advises music creators and rights holders on policy and litigation. According to “Paradigm Shift: Why Radio Must Adapt to the Rise of Digital,” radio continues to face significant business and social challenges — from a loss of relevance to increased competition from digital outlets — and it must evolve to succeed.

But the National Association of Broadcasters said it’s not new for anyone to mistakenly predict the early demise of broadcast radio, and said the report was sponsored by SoundExchange, its longtime opponent in the battle over performance royalties.

Miller looked at the state of terrestrial radio in the United States and decides that radio is in a quandary. Not only are audiences abandoning radio as their primary source of music discovery, the shift is diminishing the economic importance of radio to the wider music industry, he argues. 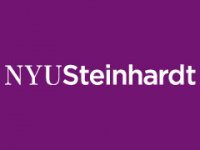 Miller, who is also head of the Steinhardt Music Business Program at New York University, says younger listeners are abandoning radio in favor of other digital mediums. He provides an analysis of how and why audiences are looking to digital music services to discover new music such as Apple Music, Spotify and Pandora.

As a result, traditional radio listeners (particularly those in the 12- to 24-year-old range) are “fleeing terrestrial radio on a massive scale.” Having grown up in an on-demand digital environment, these listeners – who will account for 40 percent of all consumers in the U.S. by 2020 – are showing little interest in traditional media, including radio.

“Terrestrial radio is facing monumental challenges as streaming continues on its path to becoming the go-to place for current and future generations to enjoy and discover music,” Miller wrote in a statement about the report.

He also concluded that advertisers are challenging radio’s traditional targeting/measurement methods in an effort to better connect directly with consumers; that radio advertising revenue dropped 4 percent year over year (Q2 2017). while digital/mobile spend was up 11 percent; that the industry may suffer from not paying a sound recording performance royalty to artists and rights owners, so its importance to music industry revenue is diminishing; and that in general, radio is slipping as a preferred means of promoting popular music 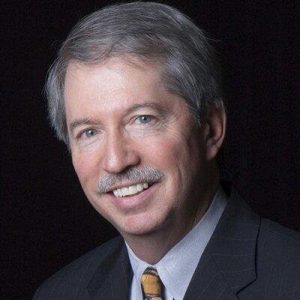 NAB was quick to refute several aspects of the report. “Radio’s unique role as a local medium allows stations to provide listeners with relevant news, community programming and lifeline emergency weather information – day in and day out,” said NAB Vice President of Communication Dennis Wharton. “Every week, 265 million Americans tune into hometown radio stations for their favorite songs, to discover new artists, and to hear legacy artists whose careers have been sustained by local radio airplay.

“Make no mistake,” he said. “Local radio will be powerful entertainment medium for decades to come.”

The NAB addressed the reported drop in listening by quoting recent iHeartRadio data that that three-quarters of Generation Zers say they use radio to find new music, and two-thirds rely on radio to uncover new products, movies and events. It also quoted a 2015 Nielsen study that found that 59 percent of millennials chose AM/FM radio and satellite radio as their preferred choice for discovering new music.

When it comes to the connected car, the NAB said the relationship between radio and the automobile is an enduring one; there is a reason three-fourths of all adults tune into the radio in their vehicle every week, the NAB said.

Addressing radio revenues, the NAB said that radio continues to offer advertisers the highest return on investment of any media platform. “You now have execs at major advertisers expressing concern with fraudulent airplay, ads ending up on questionable websites, and consumers paying no attention to online ads,” Wharton said. “Advertisers will find none of that on broadcast radio.”

“Apparently, no one told the record labels this,” Wharton said. “Radio continues to play an important role for the music industry in helping new artists get discovered and established artists remain in the limelight,” pointing to sources who have praised local broadcast radio for its role in exposing the public to new music, driving album sales, and filling concert venues.

Pierre Bouvard at Westwood One rushed to defend radio with a blog post headlined “Everyone’s Listening.” His conclusion: “Don’t always believe everything you read, especially from streaming music royalty organizations.”

Miller tweeted in response to the NAB reaction: “I hit a nerve with my report on radio on the digital cliff. I stand by my report.”

The author Susan Ashworth is a journalist with more than 20 years’ experience in many seemingly unconnected fields: broadcast, technology, finance, housing, education and the environment. She is the former editor of TV Technology as well as several housing finance trade publications. She lives in the Bay Area but misses snow days on the East Coast.

The “Paradigm Shift” report can be found here.

One thought on “DIGITAL THREATS DEMAND THAT RADIO EVOLVE”