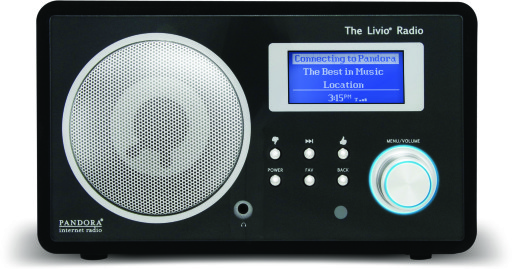 Radio’s relationship with the music industry has changed dramatically in a few short years.

In its prime, radio was the dominant medium for music discovery – both new hits and back catalog. Today, radio exists in a sea of options and online alternatives for music enjoyment.

For many people, radio is no longer the primary source for listening to music. Indeed, radio’s most frequent listeners are 20% to 30% less valuable to the music industry (in terms of per capita expenditures) than less frequent listeners.

“RATHER THAN RESIST THE DIGITAL AGE, RADIO MUST EITHER RIDE THE DIGITAL WAVE OR HAVE IT CRASH ON TOP OF THEM.”

We urge radio to adapt to the new digital reality because the global music ecosystem is better off with a vibrant, innovative broadcast radio industry.

But time is running out for broadcasters to change the way they do business.

A similar revolution rocked the music industry, which ultimately approached digital disruption as an opportunity to evolve. Broadcasters should take the same approach. Rather than resist the Digital Age, radio must either ride the digital wave or have it crash on top of them.

This situation was a hot topic of conversation last week at the National Association of Broadcasters Radio Show in Austin, Texas. The dialog at the show reinforced an important message to the industry as it contemplates its future: modernize now.

Apple Music, Spotify and Pandora have created offerings targeted at radio’s audience of the future. The result: AM/FM radio listening among teens declined by almost 50 percent between 2005 and 2016.

Equally concerning for the 25-54-year-old demographic and beyond, radio’s monopoly in the car dashboard is rapidly eroding.

John Ellis, a former technologist at Ford Motor Company, warned that the future car dashboard may not have an FM tuner at all. In fact, Apple CarPlay and Android Auto are available in most new cars.

Newsflash: CarPlay doesn’t even have an FM tuner.

Addressing radio’s digital distribution dilemma, analyst Fred Jacobs told Radio World: “You don’t just compete against other radio stations anymore. You compete with everybody. Expanding the strategic lens to study the larger competitive challenge is key to surviving and thriving in an accelerated media and technology environment.”

These audience and technology trends are impacting radio’s bottom line, which is experiencing alarming declines in advertising revenue. Davis Hebert, an analyst with Wells Fargo Securities, reported that radio’s share of ad spending is just 7% and is projected to decline to 5% by 2020.

“DIGITAL IS WHERE THE MARKET IS MOVING, AND IT’S WHAT LISTENERS CRAVE.”

Hebert said the radio industry’s current business model isn’t sustainable, that radio remains a straggler in mobile use, and he stressed the need for radio to extend itself into newer platforms like mobile and smart speakers.

The good news is that radio can turn things around if it recognizes the opportunity and all that digital can bring to listeners: improved customer choice (free from the real estate limits of the radio dial), the ability to listen when you want (not just when the music is served up), and the potential for one-to-one connection (as opposed to simple broadcasts).

Digital is where the market is moving, and it’s what listeners crave.

It’s true that some broadcasters, iHeartRadio in particular, have made moves to address these changing consumption models. But terrestrial radio as a whole has been slow to follow in their footsteps.

The music industry is tuned into digital for good reason. In addition to its ability to reach music consumers and enable new consumer experiences, unlike broadcast radio, digital compensate the creators of sound recordings for the use of their work.

The digital performance right in sound recordings created a new paradigm in which music services pay the music industry for the music they use. (Imagine that!) It is a mutually beneficial relationship that allows both sides to share in the incredible value created by the act of listening to music. Listeners are flocking to these new platforms, and as a result total music industry revenues are finally growing again.

Perhaps US radio’s hesitation to adopt streaming is based in part on their reluctance to compensate the creators of sound recordings (as digital does).

“PERHAPS US RADIO’S HESITATION TO ADOPT STREAMING IS BASED IN PART ON THEIR RELUCTANCE TO COMPENSATE THE CREATORS OF SOUND RECORDINGS.” 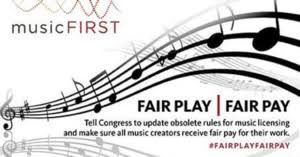 This short-sighted economic motive is driving the broadcasters’ opposition to the Fair Play Fair Pay Act (a bill seeking to eliminate the loophole in current law which enables terrestrial broadcasters to use sound recordings in the analog world without paying for them).

Broadcasters have done everything they can to stall the momentum behind the legislation, hoping to prop up their outdated model. But in doing so they miss the point because digital is only going to grow. Rather than doubling-down on a declining business, radio should seek a commonsense solution that recognizes the new reality of the marketplace.

Radio should move to digital – and all that entails.

The record industry and the broadcast radio industry have a relationship going back decades, and that’s a foundation on which we can build. We urge broadcasters to recognize the audiences and revenue that the digital future can deliver.

To do so radio must adapt to the new world, just as the music industry has. Radio’s free ride on free content has to end. A true partnership starts with the recognition by broadcasters that music has value. We stand ready to work with radio to craft a fair and equitable solution.

With this step, radio can truly begin to embrace their digital future and start on a path towards their own recovery. Music Business Worldwide

CULLED FROM MUSIC BUSINESS WORLDWIDE. The author Michael Huppe is CEO & President of US-based digital performance licensing organization SoundExchange – which has paid out nearly $5bn in royalties to recorded music rights holders since founded in 2003.