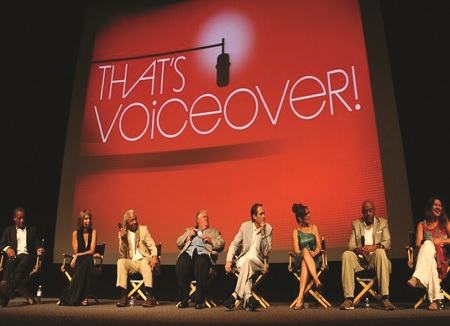 The world of voiceover has expanded greatly over the decades. Professional voice actors are now heard in radio and TV imaging, video games, documentaries, audio books, cartoons, commercials, as well as corporate and training videos.

Nov. 4–5, the voiceover industry will gather to share knowledge and celebrate its best and brightest in an event put on by the Society of Voice Arts and Sciences at Lincoln Center in New York. The first day of the event will be “That’s Voiceover Career Expo,” an interactive experience featuring networking opportunities, education and entertainment. On the second day, the Voice Arts Awards are scheduled to be presented with appearances by documentarian Ken Burns, performer/activist Lily Tomlin and other celebrities.

Radio World spoke with all of the voice actors who will be participating in “There’s Money in Your Radio,” a panel discussing the latest trends.

Joe Cipriano is a 20-plus year veteran voice actor with clients including CBS, ABC, Fox TV and the Grammy Awards. He is the announcer for “Hollywood Game Night” on NBC(TV).

“Years ago if you were a union actor, you didn’t have to worry about the business side,” said Cipriano, a member of SAG-AFTRA.

“But now, all that has changed because there are so many non-union gigs available. Internet technology has made it possible for non-union talent to go after any job regardless of location. People working non-union often have to audition for their work and, once they are hired, negotiate the rate and do the job. Many of them need to record scripts in their own studios without the benefit of an engineer, edit the work themselves and then do the billing and make sure they get paid.”

However, the same technology that encourages many new people to enter the voiceover industry also allows long-time union talent like Cipriano to work from literally anywhere, including hotel rooms.

“I prefer to work in person with the producers but sometimes they don’t even want you to come in because it interrupts their flow with chitchat,” he said. “But being available at all times is very important for keeping clients happy. I get the most views and retweets when I post a picture of my ‘MacGyver’d’ remote setup. If I am on vacation in a hotel room, my ‘go-to’ is an ironing board as a substructure, which is placed on the bed and draped with a few pillows and maybe a bath towel. I can just climb under there with my mic and Internet connection.”

After spending two decades at Entercom and iHeartMedia, Eric Romanowski is a voiceover demo producer and talent coach. One aspect of the new economy he enjoys is year-long contracts with monthly retainers for station imaging talent.

“Amen to that!” he said. “And radio imaging is one of the areas of voiceover where you can really showcase your personality. Program directors for most formats love when the talent can be snarky, fun and adlib when the copy calls for it.”

“Stations aren’t going to come to you, and even if you are with an agency, you still have to hustle yourself,” he said. “But don’t make demos for six formats. Get a return on investment first and then explore the opportunities of other formats down the line.”

For remote linking with clients, Romanowski uses services such as ipDTL and Source Connect, which he calls the future of voiceover.Pat Garrett

About 25 years ago, former disc jockey Pat Garrett didn’t want to relocate from Baltimore to create voice imaging for a client in Detroit, so he asked if he could FedEx his work to the Motor City each day. One client grew to 180 as overnight shipping was replaced by the Internet.

“It’s important to build relationships,” said Garrett. “Often, we just record in our own studios alone, but when the client gets on the phone with us, we can create magic and joke around and add stuff, not in the copy. It’s like when you’re shooting a movie; they don’t just set up the camera and say, ‘Act.’”

As with everything in radio, speed is vital. In a typical day, Garrett may read between 50 and 100 pages of copy, and much of it is time-sensitive material, as was the case when Michael Jackson died. Garrett used to get a lot of email with the subject line “ASAP.” The new acronym is “RFN.”

“The ‘R’ stands for ‘right,’ and the ‘N’ stands for ‘now,’” he said. “You can guess the other letter. The message is that if you’re not available, someone else will be.”

WANT FRIES WITH THAT?

“Vocal fry” refers to low, creaky tones in the voice, usually at the end of a phrase. This manner of speaking is affected by young women who wish to seem cool; imagine “Valley-speak” from the ’80s with a twist.

“I blame the Kardashians for this fad that is quickly becoming accepted amongst a certain age group,” said Lynn Hoffman, the imaging voice for many radio stations and TV news affiliates as well as host of her own A&E TV show, “Private Sessions”.

“It makes sense that advertisers and radio station imaging would use it thinking it will attract those people who speak it, but I think it’s a huge turn off to most.”

“Branding for radio is paramount,” Hoffman said. “Now there is even more need to stand out from the rest and have a clear and recognizable image because of the hugely crowded landscape. There is still a large percentage of radio stations in mid-sized and large markets that understand the value of represented specialty imaging talent for branding, and who understand the growing reach radio now has through all the new digital technology.”

What do Lugnut and Dinobot sound like? Ask voice actor David Kaye, who brings these “Transformers” cartoon characters to life, along with dozens of others. He is also the in-house voice for HBO’s “Last Week Tonight” with John Oliver.

“Juggling the schedule can be a job in itself,” he said. “Luckily my agents and managers all communicate using Google calendar. They can see what I’m doing anytime, which can be kind of creepy!”

Kaye believes that flexibility is a part of the voiceover art.

“You need a large bank of styles to choose from,” he said. “You can be great at one thing, and that’s awesome, but the more varied you can be the better. Be a good person and make the vendors’ job as easy as possible.”

CESD Talent Agency in NYC represents some of the top voices and on-camera personalities in the country. Nate Zeitz is vice president of the affiliate and imaging division.

“Speaking specifically about radio imaging, program directors are seeking curators of creativity,” he said. “There is more demand for voice talents who are performers, not just readers. Stations want true voice actors who know how to interpret copy and bring it to life.

“Ad-libbing is huge in radio imaging, and having an ability to deliver beyond what’s written on the page is often what separates those who book the job from those who don’t make the cut.”

Zeitz also mentioned that stations are turning over voice talent more quickly than ever.

“It can be frustrating for the talent because it’s rarely about anything they have done wrong from a performance standpoint, and often they are left scratching their heads wondering why they lost the gig.”

The voiceover industry is a sprawling, global ecosystem of talent, buyers, content creators and facilitators across all audible media, said Rudy Gaskins, chairman/CEO, SOVAS. “That’s Voiceover! Career Expo gives you direct access to all of it.”

CULLED FROM RADIO WORLD. Author Ken Deutsch says he is a former voice talent in the most relaxed definition of the term, having called Bingo in Butte, read blue-light specials for K-Mart in Kankakee and announced train arrivals in Trenton.