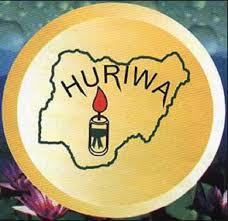 The National Broadcasting Commission (NBC), Nigeria’s broadcast regulator and midwife of the Digital switchover programme DSO, has been dragged before the Economic and Financial Crimes Commission over irregular payment of N2.5 billion it made to signal distributors.

The Human Rights Writers Association of Nigeria (HURIWA), said it took the action because it claimed that taxpayers’ money was funnelled to private companies, which by contractual agreement should have been paying the Federal government. 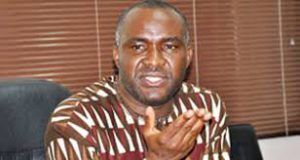 Speaking at a press briefing in Abuja, the National Coordinator of HURIWA, Emmanuel Onwubiko, noted that Nigeria should have avoided missing the two deadlines it set for itself for the DSO if the programme had been dutifully administered.

The HURIWA Coordinator recalled the 2006 ITU convention in Geneva which set June 17, 2015, as the deadline for the switchover from analogue television transmission to digital.

Sequel to this, late President, Umaru Musa Yar’Adua in 2007 in line with the ITU resolution, approved the transition from analogue to digital broadcasting in the country effective June 17, 2012.

Since then, however, Nigeria has missed two deadlines it set for itself, owing to some ripples which were being rationalised by the NBC as normal teething problems, one of which was the questionable payment of N2.5 billion of taxpayers’ money to signal distribution companies, which by contractual agreements should be paying for licenses and not being funded by the Federal government  .

The HURIWA coordinator pointed out that the government white paper on the DSO stipulated that no private sector concern should be given slots over government-owned institutions.

He disclosed that this provision been negated by some fifth columnists who were working to destabilise the DSO by casting aspersions on the infrastructure installed by Integrated Television Service (ITS) owned by Nigerian Television Authority NTA, to promote private interests.

Onwubiko said HURIWA was seeking clarification on the status of the grant to the signal distributors before demanding a forensic investigation of the damaging allegations.

3 thoughts on “NBC DRAGGED TO EFCC FOR IRREGULAR DSO SPENDING”