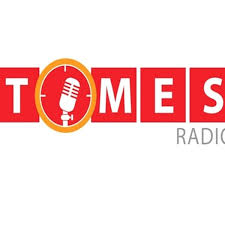 Privately owned Times Radio is growing quickly thanks to its editorial content and the vast media experience of its owners.

The station is the new baby of Times Group, the country’s oldest newspaper publisher, whose media history dates back to 1895.

Its management says the station is striving to become the top broadcaster in the country. Right now, it is trailing behind also privately owned Zodiak Broadcasting, which for the past 10 years has been voted Malawi’s best radio station during the annual National Media Institute for Southern Africa awards.

Formerly known as Matindi FM, the Times Group acquired the station in 2015 from its owners, Matindi Broadcasting Station Ltd., which was facing financial constraints in running the station.

Masamba says the buying of the Matindi FM was a product of dreaming big after they started Times TV station in 2012.

“So, after launching the TV station we realized that there was one more platform that we could go to, and that was radio. We bought off what was used to be called Matindi FM and we rebranded it into Times Radio,” she said.

The rebranding, she says, included reexamination of programing, staff and studio equipment.

“Obviously, when we were taking up from Matindi, there were programs that were not in line with our vision. So, we had to take them off. We tried to maintain all members of staff but obviously with changes in management styles and qualification requirements some fell off,” Masamba says.

The radio offers news and local programming. “With over 95 percent local programming, 50 percent of which is in Chichewa, our goal is to deliver a radio experience that engages all Malawians at different social economic levels.” she says.

The station is best known for its programs like “Galamukani” (“Wake Up”) a breakfast show magazine program, which airs from 5 to 8 a.m. There is also “Times Talk,” a phone-in current affairs program that airs four times a week from 5 to 6 p.m.

The station airs programs such as “The Hot Current,” a politically sensitive weekly program, which has earned the station two notifications from the Malawi Communications Regulatory Authority for alleged bias. The program is also aired on Times TV and features Times Group Editor-in-Chief George Kasakula discussing hard-hitting issues, including those alluding to government and corruption.

Masamba says that operation of the station is not short of obstacles. “One of the main challenges is gathering content. Though we are experienced in media as a whole, radio tends to be expensive because we have to provide constant, current information. You can’t do repeats of programs day in and day out.”

Another challenge, she says, is to convincing the corporate world to do advertise on their station. “But what has worked for us is the advantage of having three platforms, [newspapers, television and radio] because we can say to them, ‘If you give advertise via our radio station, we will give you complementary exposure through or television or newspapers.’” 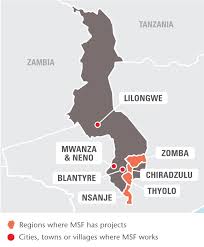 The radio uses four 100 kW transmitters that are strategically positioned in the country’s four regions — in the south, central, eastern and northern parts of Malawi.

“And very soon we will add a transmitter in Dowa and another one in the Kasungu district in central Malawi. The equipment and everything is already there,” said McNeil Bema, a Times Radio technician.

He says there other transmission sites the network needs to beef up and that “plans are that in a few months’ time we should be everywhere.”

The station’s headquarters is in the country’s commercial center of Blantyre. It has two other studios, one in Lilongwe and another in Mzuzu, a city in northern Malawi.

The three studios make use of Heil mics and its on-air studio is manned by eight-channel Axel Technology Oxygen 3 consoles. It also uses the Sonifex RB-PD2 stereo profanity delay.

“We haven’t had any problems with the equipment we are using. Its output is what we expected; excellent sound quality,” said Bema.

* CULLED FROM RADIO WORLD. The author Lameck Masina is an established multimedia freelance journalist based in Blantyre, Malawi. In addition to writing for Radio World, he files for other international media organizations including Voice of America, African Business Magazine, African Arguments and Zitamar News.