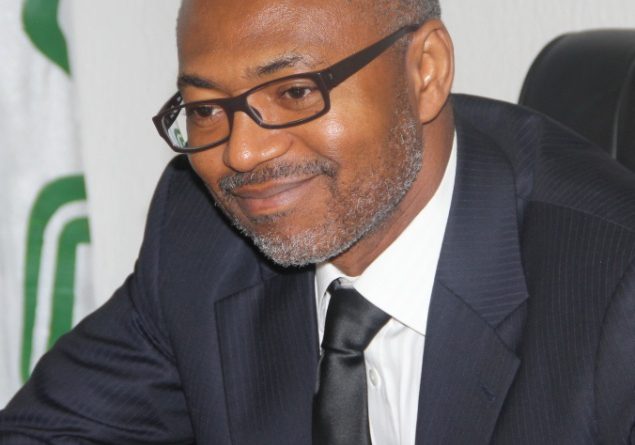 I certainly do not envy the Director General of the National Broadcasting Commission (NBC). As I watched his news conference last week on why Nigeria could not meet the June 17th deadline for the Analogue to Digital Switch Over (DSO) and plans going forward, I could tell from his body language, more so those around him, that we are a long way off from being able to complete this urgent and important national project. I know the feeling. I have been there, June 2015, trying hard to explain why we failed, again. If we are unable as a nation to complete this task, I wonder how we can ever claim or boast of sending a man to the moon, ending poverty etc. The DSO is a difficult task, no doubt, but it can be achieved; the seeds of achievement have already been planted. What is required is thought leadership and the consistent application of learning from experts in tending to the fledgeling plant.

The announcement of future rollouts is commendable. However, what was alarming to me from the news conference was the suggestion that the Commission would not announce any new deadline for the analogue switch off until 95% of the 24 million TV Households in Nigeria have digital. The Commission would continue with roll-out plans in six regions or states all the same. This, however, is not good for planning and suggests a very shallow understanding of the importance of a well-ordered DSO transition leading to analogue switch off. It would appear that the thinking is, since Nigeria failed to meet the deadline for the third, even fourth time depending on who you ask, we should do away with the notion of a “deadline” altogether. In effect, the DSO will just continue to roll along gingerly until such a time as we somehow arrive at analogue switch off. Whereas the reality is that getting to analogue switch off requires a lot more than a hope and a prayer.

There is no such thing as a permanent transition because that is what would be the case without the Commission establishing clear timelines for specific actions to occur. Having served as the immediate past Director General of the NBC, I know first-hand how difficult the DSO is, especially when pursued with only a fraction of the budget necessary; and when you add to this mix the very fragmented and yet evolving Nigerian media space with its highly charged political connections. 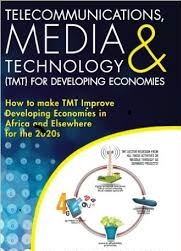 Timelines and milestones that are well known and agreed with the relevant industry groups are necessary, not only for incumbents but also for new entrants who might wish to make investments decisions regarding any aspect of the broadcasting value chain, or in the rapidly converging Telecommunications Media Technology (TMT) market. The DSO is not just beneficial to the broadcast sector; it is equally important for the telecommunications sector to know when analogue TV frequencies would be re-farmed and allocated for broadband purposes. It is also imperative that members of the public are aware of this process. The DSO is not just for broadcasters but indeed for the benefit of the consumers.

This means that the Commission has to set clear timelines and targets, with an idea of how much resources are required at each milestone. If the Commission needs help it should say so loud and clear, and help doesn’t always have to come in bag-loads of cash. What is more urgent and in short supply at this time is the concentrated rigour and creative thought leadership that should be directed at the challenges of switching off analogue. Even though funding remains a challenge, the over N30b raised for the DSO should serve as sufficient wind to give traction to this national project. And, given the overall multiplier effect of a successful DSO, Federal Government should step in to help secure additional funding as necessary, to ensure timely analogue switch off.

A known timeline is also strategic for the Commission, to help it plan the roll-out of services as well its regulatory oversight and monitoring. Beyond that, it is helpful for would-be funders of the DSO to have an idea what will happen, when, by whom and to what effect. Without timelines and goal posts, the DSO would seem like a never-ending story, one purposely created never succeed. Everywhere else in the world, there has always been a timetable for the analogue to digital switchover as well as a firm date for analogue switch off. This notion that because this is Nigeria the laws of physics are suspended, don’t work; and the Commission would do well to learn from other countries where analogue switch off has been successful. 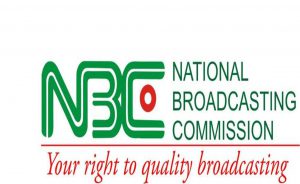 By the way, just the other day I heard talk of my supposed efforts at frustrating the DSO. This in addition to millions raked in monthly from illegal entities I purportedly created while in office. I am currently in court being prosecuted for an offence I did not commit, yet here I am accused of subterranean moves to derail DSO. I had no idea I was Superman. When a government agency is not able to meet a deadline it set for itself or even understand what it is supposed to do, everything and anything is fair game – including, apparently, the former DG. It would appear that – until the story surfaced online that the NBC had secretly paid one of the three licensed signal distributors N2.5b for a yet undisclosed purpose – Emeka Mba was never the convenient excuse for the visible and rather glorious inability to meet the analogue switch-off deadline. 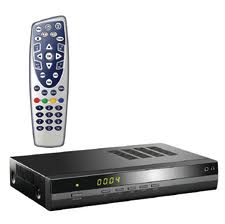 As it happens, I have been out office for over a year and a half. It is not my style to join issues with establishments that I once headed. However, this is the new Nigeria where once you keep quiet, assumptions and the various shades of perceptions that come with it become reality, however false. But the facts are inexorable. Fact #1: the current NBC management is still implementing the policies and framework for the DSO exactly as laid out during my tenure. Fact #2: the funds we raised after over 10 years of zero allocation for the DSO till date, remain the sole source of funding for this crucial national project; the DG recently admitted that $26m has been spent on 650,000 STBs and payment to other DSO vendors. Fact #3: The same DSO framework the Emeka Mba-led NBC birthed was hailed by the Commission’s DG just last week; he said – “Nigeria’s DSO process has today become the most talked about in Africa; it was designed by Nigerians” – adding that other countries including Ethiopia, Niger and Sierra Leone are keen to copy Nigeria’s DSO framework. Fact #4: in case anyone failed to notice, I am no longer DG and have no powers to influence the outcome or process of the DSO; I have no interest in any DSO entity (and I have been investigated up to the hilt) – and if at all the aforementioned illegal entities exist, the DG should have taken action to correct such over the course of his current tenure. Fact #5: without the funding and DSO framework including the very transparent process of licensing the second national broadcasting signal distributor, and the STBs, Nigeria would not have achieved the DSO implementation level now worthy of emulation across Africa. Fact Unknown #1: did the NBC pay Pinnacle N2.5b and if so under what conditions and for what purpose? I personally do not have any grouse with payments to DSO stakeholders that are aimed at ensuring the timely and successful implementation of this project. The issue for me has always been how and why, and to what end?

The reality is that the DSO is a very challenging process beset with technical, logistical as well as political challenges; the NBC clearly needs all-hands-on-deck and even outside help. You have here a complex project that requires deliberate rigour and creative leadership vision that is hard to come by. Exactly what is needed at this point. When I was appointed in May 2013, the DSO project was practically comatose. Only two planks were available then: the national digital task force Digiteam established by government in December 2012; and the approval of the digital transition whitepaper, which in itself was a document with lofty goals and ideals yet fraught with multiple self-contradictory objects evident in implementation – besides the fact that technology is fast paced and the media ecology is continually evolving. The Digiteam had zero kobo for its job, while the NBC was operating on life support.

Working with the NBC Board and others, we had to take radical measures to raise funding for the DSO. I am proud to say that we succeeded in laying the groundwork on which the Commission should work to build sustainable platforms that will transform Nigeria’s broadcast media sector, currently fraught with several systemic problems. This DSO would afford Nigeria the opportunity to regain its pride of place as Africa’s television and creative hub.

I believe fundamentally in the benefits of the DSO as a conveyor belt of innovation and ideas that will help grow not only the broadcast sector but have a far reaching beneficial impact to the country. As demonstrated throughout my short-lived tenure, going by the steps taken and the achievements recorded, I am dedicated to the success of the DSO, whether in or out of office.