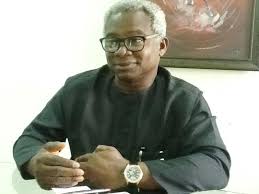 Reports reaching us at Digicast Magazine indicate that the Independent Corrupt Practices Commission ICPC is quizzing the Director General of Voice of Nigeria Mr Osita Okechukwu and some other top management staff on allegations of fraud.

An online publication SIMON ATEBA NEWS had reported a couple of days ago, allegations that the DG and some of his top management staff, may have been implicated in an alleged “high-level fraud and massive money laundering” in the administration of VON.

Voice of Nigeria has however denied the allegation 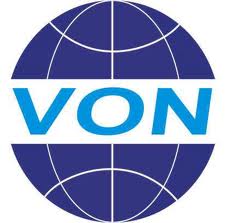 According to SIMON ATEBA, provisions in the 2016 capital budget of VON for the repair and maintenance of the VON transmitter and rotatable antenna at the transmitting station in Abuja were diverted to the “completion of works and services” as well as the furnishing of a “non existent corporate headquarters of Voice of Nigeria” in Wuse 2, Abuja.

SIMON ATEBA published documents showing that about N150 Million was paid to one Bowa Engineering Services Ltd “for completion of works and services of the newly acquired VON Corporate HQ”, nearly N60 Million was paid to Interior Woodworks Ltd for the supply of office furniture and ECR Technologies Ltd received N47.6 Million for the provision of ICT Centre.

The online publication alleged that there were several other payments made for jobs not done or not in existence, which according to it was exposed by the Accountant General’s team, investigating the finances VON.

Mr Para said although the Presidency referred VON to the Economic and Financial Crimes Commission (EFCC) for allocation of a building, it (VON), was yet to take possession of the building owing to “legal niceties of final forfeiture”.

Para further disclosed that the generating set and furniture were indeed bought and warehoused at the VON Transmitting station at Lugbe, while the ICT Data Centre was at Radio House, Garki both in Abuja.

He challenged anyone with evidence of fraud to tender it before appropriate authorities.

The radio station, established by Decree 15 of 1991, is the external radio broadcast arm of the Nigerian government.

The allegations are coming amid concerns that VON Lagos operation centre has been off the air for over a year due to lack of funding.