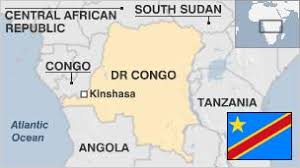 Police in the Democratic Republic of the Congo raided a community radio station Radio Télévision Chrétienne (RTC) in Kananga, carting away some equipment according to a report reaching us.

This followed a report broadcast on the station crticising a new tax on motorcycles.

RTC Director Sosphète Kambidi, said, the Mayor of Kananga, Jean Mwamba phoned him shortly after the broadcast threatening to close the radio station down. Shortly afterwards, He said, “police officers arrived in our office looking for journalist Mbuyi, the reporter.”

The five police officers did not present any warrant but confiscated two computers, two recorders, and a microphone before leaving.

The reporter Mbuyi said he left the station just as the five police officers arrived and has since received phone calls from unidentified callers threatening him with death.

RTC’s lawyer Moisi Dibuwa said the radio station had filed a criminal complaint against the police officers with the military prosecutor’s office, which has the authority to hold the armed forces and police accountable for their actions.

Radio Télévision Chrétienne has since resumed broadcasting, but in a limited capacity, since pieces of “key equipment” remain missing.