A recent study of the radio broadcasting landscape in Zimbabwe shows that while some progress has been made, growth is still needed in terms of signal coverage, licensing and the availability of news and information. 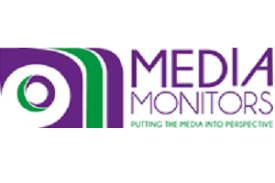 In April, Media Monitors published the study, “Radio Landscape in Zimbabwe: A report by Media Monitors on the typology of radio in Zimbabwe,” which found that radio here broadcasts music 57 percent of the time, with very few news bulletins or current affairs content available for listeners. Advertisements and sponsored programs constitute seven percent.

Media Monitors, an organization that aims to “promote freedom of expression and responsible journalism in Zimbabwe,” also noted that a majority of stations countrywide still need to boost their signal reach and quality in order to offer improved coverage, particularly in rural areas.

The study found that all stations show similar trends in programming, with high percentages of music, followed by talk shows or phone-in programs and that despite the country’s 16 official languages, most of the rare news bulletins are only aired in English, Shona and Ndebele.

Commissioned in May 2016, the report covered four state-controlled Zimbabwe Broadcasting Corp. channels (SFM, Radio Zimbabwe, Power FM and National FM); and two private national commercial free-to-air stations, Star FM and ZiFM. It also included Channel Zim, an alternative satellite channel, which beams from outside the country and is received via inexpensive free-to-air decoders. Eight newly licensed local commercial stations were not yet on air when the study was carried out.

Regarding advertising, findings show that ads account for just two percent of overall radio programming. Star FM, owned by Zimpapers, a government entity has the largest amount of advertising with 51 percent.

“Individual stations’ advertising patterns mirrored the overall picture. Breakfast and drive times took most of the commercials,” states the report. “Channel Zim has a different model of operation because it is a not-for-profit station. Virtually all of its promotional content aims to promote the stations broadcasting on the channel, the imminent threat being the government’s move to set up deterrent stipulations of how nonstate owned stations are to be funded.” 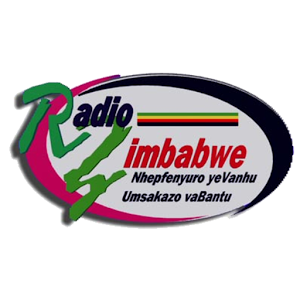 Geographical coverage for radio within Zimbabwe stands at 72.8 percent, fluctuating from station to station with Radio Zimbabwe being the most accessible with 95.8 percent reception. The capital Harare and second capital Bulawayo recorded 100 percent coverage.

Talk and news bulletins provided balance to the composition of local radio programming at 25 percent with most subject matter being for amusement.

In addition, the report found that “Radio audiences were heard just 8 percent of the time. Power FM is the most interactive station as it affords its listeners more airtime to share their views. Participation was mainly through game shows, birthday messages, greetings and music request shows. Listeners’ voices were not prominently heard during current affairs programs and discussions on ‘bread and butter’ issues on which politicians, experts and celebrities were given the platform to speak.”

As for the availability of current events and news, Channel Zim had the second longest bulletins along with SFM. VOA Studio 7 and Radio VOP, both broadcasting to Zimbabwe using alternative platforms, offer the longest bulletins at one and a half hours per day.

The report concludes with a call for the immediate licensing of community radio stations, which it says, would cater to citizens in the remotest parts of the country. It also said, “Instead of improving access to information, the introduction of local commercial radio stations exposed gaps in their scope.”

Meanwhile, there are a number of ongoing community radio initiatives, such as Radio Dialogue, CORAH and Patsaka-Nyaminyami. These stations are ready to hit the airwaves and are currently sharpening their skills on the alternative Channel Zim platform while waiting for an official license.

As of press time, however, the government had not yet published a timeline for community radio licensing in the country.

John Masuku writes for the industry from Harare, Zimbabwe.