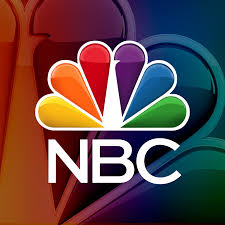 President angered by story he wanted to boost nukes

President Donald Trump took to Twitter to level his most damning criticism of NBC — that it was like CNN, his favourite target — but upped the ante with the suggestion someone should challenge the broadcast network’s “license.”

Networks are not licensed by the FCC, though NBC’s owned TV stations are. FCC chair Ajit Pai has pledged to Congress that he would not act in a manner that stifles or penalizes free speech “even if requested by the administration.” 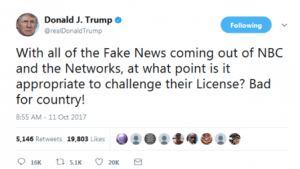 After tweeting that an NBC News story asserting the president wanted to increase the nation’s nuclear arsenal ten-fold was “fake news” made up to demean him, Trump equated the network with CNN, literally, tweeting “NBC = CNN.” Then followed it up with a threat.

The president called the NBC story “pure fiction.” NBC said the story was based on three officials in the room, though the officials were not identified.