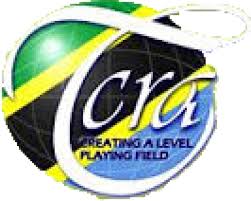 TCRA said the five stations violated the country’s broadcasting regulations by airing an inciting report that threatened the peace and security of the nation.

The other infraction raised was airing unbalanced content by failing to incorporate the opinions of the electoral commission and police.

The stations had covered a report by a nongovernmental human rights organization alleging abuses were committed by security personnel and other unidentified people during the country’s November 26 ward bye-election.

Reacting, New York based Committee to Protect Journalists (CPJ) Executive Director,  Robert Mahoney, accused the Tanzanian government of “using the broadcasting regulator as proxy for censoring political reporting”.  Mahoney described the development as “deeply disturbing for the future of independent reporting in Tanzania” and called on the authorities to scrap these fines immediately.

TCRA Chair, Valerie Msoka, however declined to respond, saying it was a national holiday in Tanzania.

The stations have the option of appealing the ruling with Tanzania’s Fair Competition Tribunal, a body that hears cases on regulatory and competition issues.

But Samwel Nyalla, the CEO at Star TV’s parent company Sahara Media Group, said the station was still reviewing options with its lawyers and had not yet made a decision to appeal.

Tanzanian authorities want the stations to pay the fines within 30 days and be on observation for six months.