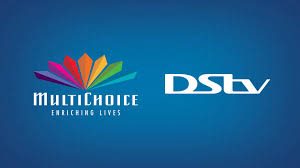 Nigeria’s broadcast regulator NBC, has given notice to Pay TV operators including DSTV, GOTV and Star Times, that they may be shut down by June 2019, unless they begin discussions with the two signal distributors, ITS and Pinnacle.

Speaking at a press conference in Abuja NBC DG Moddibo Kawu, said the notice is in preparation for full implementation of Digital Switch Over, DSO. 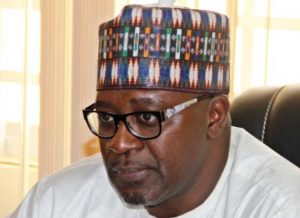 The NBC boss also said in line with regulations, Multichoice owned DSTV and GOTV as well as NTA owned Star Times, will no longer be able to operate as both signal distributor and content provider.

On the ongoing DSO, he used the opportunity to disclose that by the end of 2017, Kaduna and Kwara had joined Plateau State and Abuja to bring the number of states on DSO to four.

Kawu, who added that Enugu and Osun states will switchover this month while Delta and Gombe states will be next, promising that by the end of the third quarter of 2018, 12 states around Nigeria would have switched over.

The NBC boss also commended stakeholders in the implementation process for their resolve to work together.

“We have also consciously delineated revenue streams for all players, an issue which was the basis for some of the rancour that existed before. The broadcasters, signal distributors, content aggregator, Set top Box manufacturers are all on the same page now, to help strengthen the work of delivering the DSO.

As the DSO rolls out in more states in Nigeria, a phased Analogue Switch Off (ASO) process, has begun in Plateau State and Abuja alongside digital mapping of Nigeria which the NBC says will give clarity to the entire DSO process,

In a very interesting twist, GOTV has been accused of being used as a conduit to siphon foreign exchange from Nigeria by its parent company, South African MultiChoice DSTV. This is even as MultiChoice’s DStv was been fined $14 million in South Africa for price fixing by South Africa’s Competition Commission.

Nigeria is MultiChoice DSTV largest market where it has operated for about 22 years. In that period, it has been in the news for ripping off subscribers with inflexible conditions and unfriendly quality of service attributable by public perception to its monopolistic status in Nigeria.

Nigeria’s House of Representatives in April, 2017 ordered a probe of MultiChoice DSTV’s ‘exorbitant charges’ for its DStv and GOtv packages after it increased its prices by 5% on all its packages, after it had increased it prices by more than 20% earlier.

As if the ill wind has not been bad enough for Multichoice Nigeria, NBC has also been firing its own salvos against the company citing it is operating its GOTV illegally and further alleging this was with the collaboration of the erstwhile NBC DG Emeka Mbah.

Investigations by South African regulator ICASA had indicted MultiChoice for undue influence on government policy on digital migration. The Democratic Alliance (DA), which lodged the complaint last November, confirmed ICASA conducted an inquiry into payments made by MultiChoice to news channel ANN7 and public broadcaster, SABC.

Furore erupted last year in South Africa over allegations that the Pay-TV company sought to pay the SABC R100 million a year for its 24-hour news channel in exchange for the public broadcaster’s political influence over digital migration.

MultiChoice maintained the payments were above board, announcing though, that it would conduct its own investigation on the alleged dubious payments. 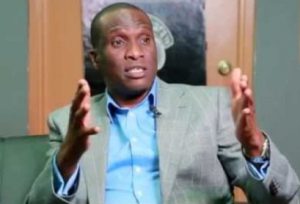 In a related development, the Publisher of Nigeria’s Daily Times, Fidelis Anosike, has been pointing fingers to the role of the DSTV in the recent clampdown of The Daily Times targeting its properties.

According to him, “DSTV is doing everything within his power to continue to milk Nigerians dry with their monopoly of the DTT, which explains why they are not ready to subject themselves to either Pinnacle Communications or ITS who have been officially licenced by the Federal Government to provide digital content for the DSO”.